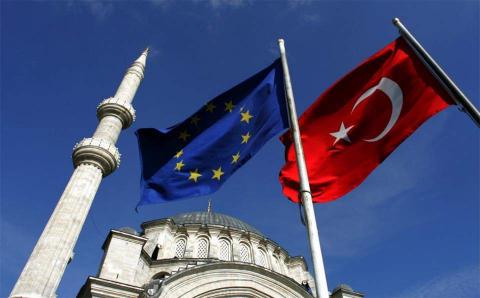 Ahead of Thursday's summit in Brussels, the European Union is considering the imposition of sanctions on Turkey over its illegal drilling activities within Cyprus' exclusive economic zone (EEZ).

In an announcement Tuesday, the General Affairs Council (GAC) invited the European Commission and the European External Action Service "to submit options for appropriate measures without delay."

Speaking to journalists after the GAC meeting, EU Neighborhood Policy and Enlargement Negotiations Commissioner Johannes Hahn described Turkey's activities as "unacceptable," saying they move Ankara further away from the EU and raise the prospects of sanctions against it.

Greek diplomatic sources cited by the state-run Athens-Macedonian News Agency Tuesday said it was "the first time the EU is deciding on measures against Turkey for violating international law and specifically...

Beaches, nightclubs? Europe mulls how to get tourists back