Pandas in the Zoo in Moscow Listen to Putin's Voice 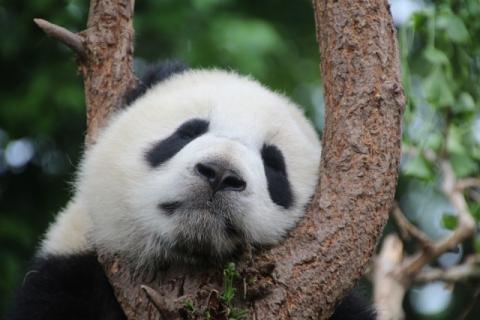 This will help to adapt the new inhabitants of the Moscow Zoo, reported NOVA TV.

The new inhabitants of the Moscow Zoo - the two pandas will listen to Russian President Vladimir Putin's voice through the speakers in the framework of the adaptation procedure, Vesti.ru and BGNES reported.

Animals will also hear the voice of Chinese leader Xi Jinping as well as the noise of many people. This is necessary in order not to experience stress when receiving visitors.

Rui and Dindin arrived at the zoo to celebrate the 70th anniversary of the establishment of diplomatic relations between Russia and China. They can spend 15 years in Moscow under a long-term contract, with the negotiations for the transfer of animals lasting three years. For each one, Russia will have to pay one million dollars a year.

For the first time, panda was given to Moscow by Mao Zedong in 1957 on the occasion of the 40th anniversary of the October Revolution, in gratitude for the fact that the USSR first recognized the new China.