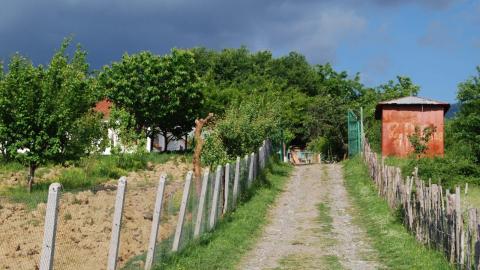 Speaking in April last year, Britain's ambassador to Albania, Duncan Norman, said "60 to 70 per cent" of 726 Albanian inmates at that time in Britain were from these three northern counties.

Deeply impoverished, the region has become a rich recruitment ground for the Albanian crime gangs that now dominate the cocaine market in Britain.

"They left like everybody else," Dema's mother, Kujtime, said of her sons. "They told them there's work and they paid to get there," she told BIRN. Eight of the nine convicted in Dema's case were in the UK illegally, the BBC reported.

British authorities continue to be concerned about the role played by Albanian crime gangs in the UK drug trade.

In June 2017, the annual report of the UK National Crime Agency identified Albanian gangs as exerting "considerable control" over drug trafficking in the country.

"It is a small (group) in number, but big in impact," the Agency's deputy director, Matthew Horne, told the BBC.

The 2017 report showed that criminals from the Balkans were forming "direct relationships" with Latin American cocaine suppliers.

Contacts are key to finding new Albanian youngsters willing to work illegally in the UK.

"The first one who left was Mevlan Dema; he is part of our clan," said Kujtime. "My sons told me that they secured jobs at a car wash there. Like everybody else, my sons paid and left, I don't know how."

Mevlan Dema was arrested along with Izmir and Kadri Dema in 2016 as the accused ringleader of the drug gang.

Mevlan was 34 years old at the time, but most of the gang were in...