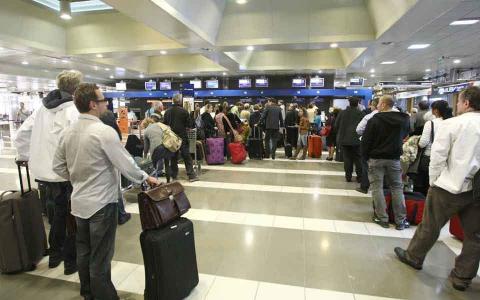 The airport that serves the northern port city of Thessaloniki is the main asset of Fraport Greece, which has invested in the operation and improvement of 14 regional airports across Greece, the consortium's chief commercial development officer Giorgos Vilos said at an event to celebrate the five-year anniversary of Ellinair.
The Greek carrier has Thessaloniki's Makedonia Airport as its hub, which Vilos says "is our flagship, the biggest airport we are managing. Last year it had 6.7 million passengers and it has also recorded growth in the first five months of this year."
He added that with the completion of works for a new terminal and the upgrading of infrastructure, "Thessaloniki will enjoy a new airport as of early 2021, of the same standard as many international airports abroad."
Vilos further noted that Ellinair, owned by the Mouzenidis Group, carried 860,000...