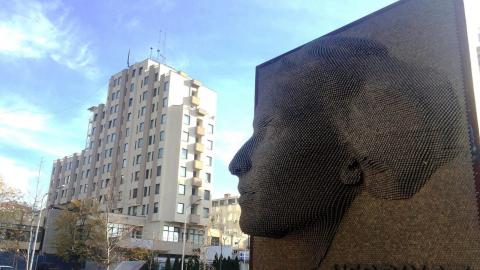 The soft rays of the morning sun fall upon her pale hands as they rest on the stack of papers on the table. She does not raise her eyes as she looks down at the documents in front of her.

Sitting in a room at Medica Kosova, an NGO in the western city of Gjakova/Djakovica in Kosovo, it is F.K.'s turn to make her application for the status of victim of sexual violence during the Kosovo war, in accordance with a government benefits scheme that was initiated last year.

A staff member carefully fills out the form for her. Among the documents, there is an unusual piece of paper - the birth certificate of F.K.'s daughter, which was issued in Bosnia and Herzegovina.

During the Bosnian war in July 1994, F.K. was raped, together with her cousin, at a house in the suburbs of Sarajevo. At the time, she was only 16 years old.

Three months later, F.K. and her mother and sister left Bosnia to seek refuge with some relatives in Peja/Pec in Kosovo. Several months later, she moved into a shelter and met an Albanian man.

They married sometime afterwards, and while the family members she had travelled with from Bosnia returned home, she remained in Kosovo. In March 1999, when NATO started bombing Yugoslavia, her eldest son had just turned two.

One month later, she and other women from her neighbourhood were taken to a house in the neighbourhood and forced to stay there for almost two weeks while they were systematically raped.

Her husband, who had become a member of the Kosovo Liberation Army, was not at home. By the end of May 1999, she left for Montenegro, and from there, she went back to Bosnia. More than five months after being raped, F.K. realised she was pregnant again.

She kept the pregnancy a secret for several months at her...