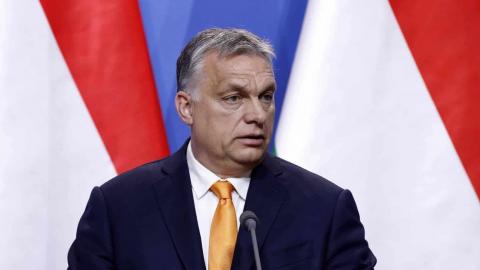 Hungary has become a post-communist mafia state. It is led not by a party but by Prime Minister Viktor Orban's political-economic clan, which treats society as its private domain while formally maintaining a democratic facade.

The Hungarian state's actions are not impersonal but rather discretionary, aimed at taking down the clan's opponents and redistributing wealth and assets to loyalists.

Orban uses the bloodless means of bureaucratic coercion, yet still acts illegally: corruption and politically selective law enforcement are central to his system.

The mafia-like character of Orban's regime explains his behavior.

A criminal organisation, whether private or public, has three crucial needs: sources of money, the ability to launder it, and impunity for its members. The last requires neutralizing law enforcement, which Orban is finding much harder to do at the European Union level than at home.

Over the past decade, Hungary's mafia state has mastered the first two imperatives - looting and laundering money.

The Orban clan's oligarchs receive around 90 per cent of their total revenue from EU-funded public procurement projects. According to the Corruption Research Center Budapest, the contracts for these projects are 1.7-10 times overpriced - which points to noncompetitive bidding processes and high corruption risk.

Autocratic regimes elsewhere provide additional funding. This includes a 10 billion euro ($11.2 billion) loan from Russia to finance the replacement of the nuclear power plant in Paks, $3 billion from China to build a high-speed rail link, and military industry cooperation with Turkey.

Each of these deals, ultimately paid for by Hungarian taxpayers, adds to the balance sheet of Orban and his oligarchs. They...