Fines and Prohibitions: What to Watch out for on the Beach! 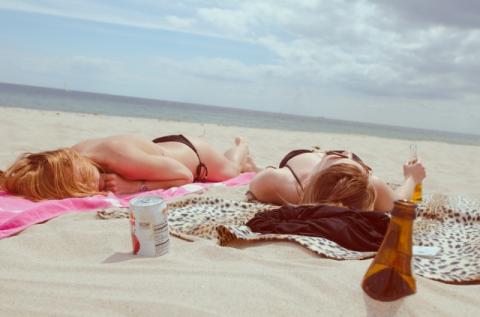 Sweaty and almost naked - just in swimsuits - dune and park tourists annoy local residents of the resorts. Last year, in Gelendzhik, Russia, they created a computer game called "Golopuziki", where everyone can scam a naked tourist. Judging by the number of entries, over 70,000 virtual holidaymakers have been beaten. Some aspects of beach life in Russia and other countries are governed by the law.

What can you be fined for on the beach, in the hotel and in the resort, experts say to RIA Novosti:

Most bans are standard - the beaches can not be a place to take and drink alcohol. This year, the Assembly (the legislature) in Goa Province, India, approved an amendment to the Tourism Act. Alcohol consumption, cooking and disposal of waste in tourist sites is a crime. Tourists are threatened with a fine, and if you do not pay, you can go to jail.

In Thailand, since February smoking on the beaches is prohibited. Offenders shall be fined up to $ 3,000 or imprisoned for up to one year. "Although smoking in public places is strictly limited, there are special zones on very popular beaches, where the ban does not apply," said Victoria Hudajeva, a representative of a large tour operator. In Russia, for smoking on the beach or in a beach café or restaurant, you can be fined up to 1500 rubles, although there are exceptions.

In Europe the penalty for smoking in the wrong place, depending on the country and previous violations, the fines range from 50 to several thousand euros. You can smoke on some European beaches, but not on others. In Italy smoking is banned in particular on the 8-kilometer Bibione beach in Venice, as well as on some beaches in Sardinia, Liguria and others. At the summer porches of cafes and restaurants in Europe, people...

Microsoft is Replacing its Employees With AI Software

Summer in Greece: No Team Sports on the Beach, Packaged Food from Restaurants