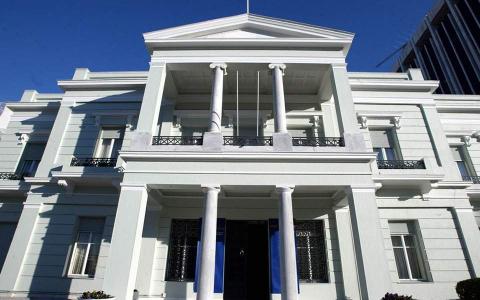 Greek Foreign Minister Giorgos Katrougalos on Wednesday briefed party representatives on the measures the European Union is considering taking against Turkey, should the latter continue with its drilling plans in Cyprus' exclusive economic zone (EZZ), the ministry said.
The statement followed a meeting of Greece's National Council for Foreign Policy which focused on Turkey's activities off the coast of Cyprus and its refusal to heed warnings of sanctions from the European Union.
"These measures reflect the view of our European partners that the issue is not a mere bilateral dispute, but concerns the whole of the European Union, as Turkish actions question the sovereign rights of a member-state, the Republic of Cyprus, as well as European energy policies," the foreign ministry said in a press release, adding Ankara's plans are also obstructing European oil companies.