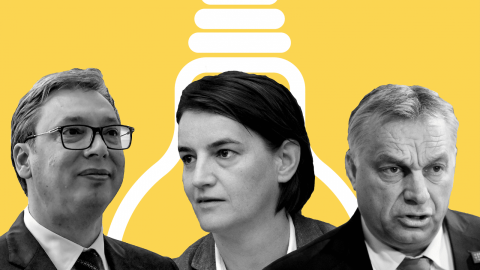 The group includes Balint Erdei, a friend and former business partner of Orban's son-in-law, Istvan Tiborcz, as well as Radovan Đumić, whose company Keep Light is prospering thanks to the public contracts it is winning, Dragoljub Zbiljić and Nenad Kovač, businessmen with links to SNS, and Mark Crandall, a former boss of Brnabic.

The arrangement has echoes of a scheme investigated by the European Union's anti-corruption arm, OLAF, in which Hungarian public lighting was refurbished by Elios Innovativ, a company once run by Tiborcz and Erdei.

Hungary's street lighting upgrade, which the EU had planned to help finance, began in the early 2010s.

Since then, dozens of Hungarian towns have started to switch to LED lighting, with the rationale that electricity costs would be reduced. The project didn't live up to expectations, as Direkt36 reported, but this was not the only concern.

A lead role in the refurbishment was played by a Hungarian company called ELIOS Innovativ Zrt, established in 2009 and originally run by Istvan Tiborcz - the 33-year-old husband of Orban's eldest daughter, Rahel - and his friend Balint Erdei.

OLAF investigated 35 projects carried out by the company, and concluded that there had been "serious irregularities" and "conflicts of interests" in all of them, with "mechanisms of organised fraud" in almost half of them.

Hungarian authorities launched an investigation into the ELIOS case, but police said last year that they "had uncovered no crime." The government, nevertheless, decided against invoicing the EU for funds...