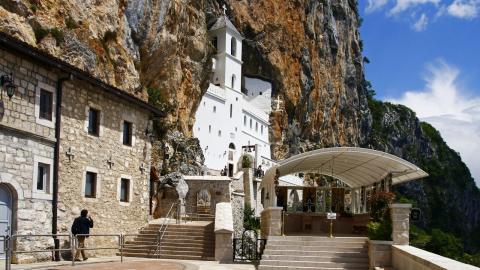 In its opinion, the Commission, which serves as the top legal advisory body to the Council of Europe, urged the government to consult more with the public, including religious communities, to ease tensions with groups like the Serbian Orthodox Church.

"In general we backed the law," Vermeulen, a Dutch professor of Education Law, recalled.

"We think it is improvement in terms of freedom of religion; for instance, it is quite easy for religious communities [under the law] to get legal personality. There is also some real progress as to freedom of education."

He underlined that the main issue now is over property.

The draft law, which drew criticism also from the Serbian government, stipulates creating a register of all religious buildings and sites formerly owned by the independent kingdom of Montenegro before it became part of the Serb-dominated Kingdom of Serbs, Croats and Slovenes in 1918.

It states that religious communities can only retain ownership of their property if they have clear evidence of ownership.

This has drawn accusations from the Serbian Orthodox Church that the government plans to dispute its holdings.

The Church's leading bishop in Montenegro, Metropolitan Amfilohije Radovic, summoned a church council on June 15 in Podgorica to protest against what he called the government's planned interference in Church matters.

The Venice Commission said in its opinion that religious property should only change ownership after an appropriate administrative or judicial decision is made, ensuring that property rights are respected.

Vermeulen said he hoped the Montenegrin authorities would take these suggestions into account.

He said the law should envisage several levels of possible protection of...