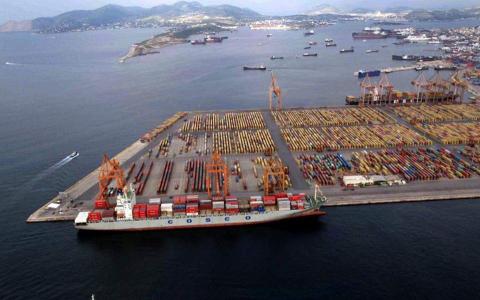 Greek authorities seized a huge number Captagon pills from a freighter at Piraeus port on Wednesday, which may prove to be the largest haul ever achieved in the country.
The drugs were stashed inside 60 pallets loaded with lumber products found in three containers. Officials have so far counted 1.4 million pills in just one of the pallets. Counting is expected to take a few days.
The drug bust was carried out by the Greek Financial Crimes Squad's narcotics unit and the Cost Guard after receiving a tip from the US Drug Enforcement Administration (DEA).
According to the freighter's documents, the cargo had been loaded in the Syrian port of Latakia and was officially heading to China, although authorities believe the real destination of the drugs was different. Piraeus port served as transit.
Greek authorities have made similar busts in the past few years, most...