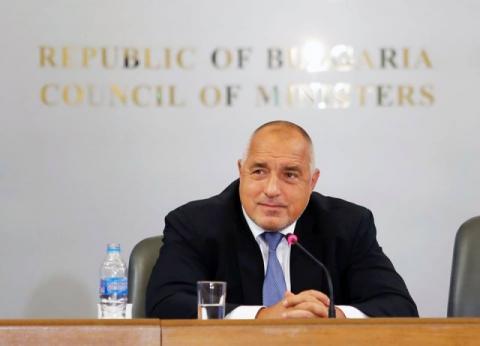 ,,For Bulgaria, the partnership with the European Anti-Fraud Office is of utmost importance'', Prime Minister Boyko Borissov noted during the meeting with the Director General of OLAF, Ville Itala, at the Council of Ministers, the press service of the Cabinet announced.
This is the first official working visit of ITALY in Bulgaria since the start of his mandate, which started in August last year, is noted in the announcement.
The Director-General of OLAF said he was impressed by the achievements of the Bulgarian government in the fight against smuggling and congratulated Prime Minister Borissov. Itala has expressed hope that the excellent cooperation between the Bulgarian offices and OLAF will continue in the future.
Prime Minister Boyko Borissov noted that he is confident that the current visit will be fruitful and will enable Ville Italla to get acquainted with the work of the Bulgarian partners of OLAF. Borissov highlighted the constructive interaction between Bulgaria and the European Anti-Fraud Office.

,,Of course, and in the best possible cooperation, there is always the potential for upgrading and better results'', the prime minister was categorical. In his words, opportunities and concrete actions can be sought in this direction. Borissov paid special attention to the importance of the active exchange of operational information.
Prime Minister Borissov has focused on the new Anti-Fraud Strategy, which the European Commission adopted at the end of April.
The Bulgarian Prime Minister has expressed hope that the strategy will make a major contribution to improving the existing system for preventing, detecting and sanctioning fraud affecting the EU budget. Borissov pointed out that the main aspects of the updated strategy will be...

Another 25 COVID-19 Infected in Bulgaria