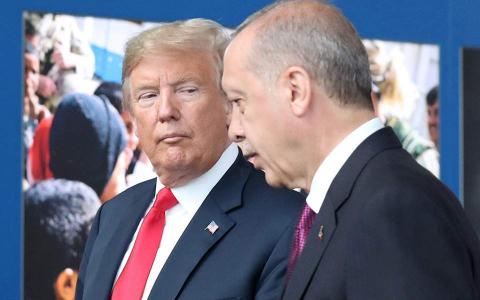 US President Donald Trump may visit Turkey in July, Turkey's President Tayip Erdogan said in an interview in Japan where he will attend the G20 summit and is expected to meet with his American counterpart.
Tensions have been rising between the United States and NATO ally Turkey over the latter's purchase of the S-400 air defense system from Russia. Turkey could face sanctions under US law and risks losing its partnership and delivery of F-35 fighter jets.
Asked if he thinks he can persuade Trump not to impose sanctions on Turkey, Erdogan told Nikkei newspaper on Thursday: "I believe my meeting with US President Trump during the G-20 summit will be important for eliminating the deadlock in our bilateral relations and strengthening our cooperation.
"Besides, a visit by Mr. Trump to Turkey in July is being talked about."
Erdogan reiterated that Ankara would not...