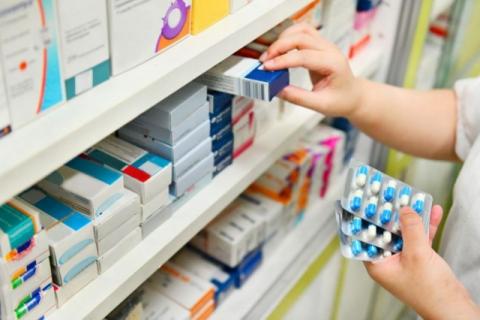 Bulgaria is involved in an international drug scandal. It's about counterfeit packs of cancer medicines.

Packages are exported from our country to the Netherlands. Medicines are for patients who are treated in a hospital. This is the first case of forgery caught by the European medicines review system, bTV reported.

Counterfeit packaging with cannabis products was exported by a Bulgarian trader for Dutch. When the Dutch checks them in the so-called verification system, detects a problem.

The code, which is unique to each package, indicates that it is an expired consignment. And it also doesn't match the information printed on the packaging itself.

Three months after the launch of the prescription drug system, the first case of forgery was registered. "We noticed that the serial number on the packaging did not correspond to the serial number in the matrix code that the system recognizes, so we reported that it was supposed to be counterfeit." It was subsequently confirmed that these four packs were indeed counterfeited, "said Casper Ernst of the Association of Parallel Dealers medicines in Europe.

An analysis of the original drug manufacturer proves that the content is quantitative and qualitative. Only packages are falsified to be exported abroad.

"Dutch patients are protected from the infusion of an expired drug that is put in a fake packing." If we did not have a verification system, this counterfeit would not have been found, "said Deyan Denev of the Bulgarian Drug Enforcement Organization. An international investigation is under way. The Bulgarian Drug Agency temporarily stopped the activity of the Bulgarian trader, who exported the fake packaging.

"After collecting all the information from the European...

Only 20.6% of Women in Bulgaria had been Screened for Breast Cancer