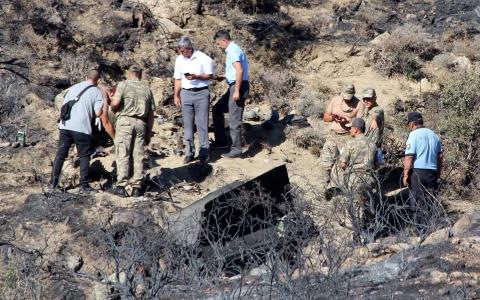 An errant missile struck Cyprus early on Monday, skimming the densely populated capital Nicosia and crashing on a mountainside in what authorities described as a spillover from strikes between Israel and Syria.
The explosion occurred around 1 a.m. (2200 GMT Sunday) in the region of Tashkent, also known as Vouno, some 20 kms (12 miles) northeast of Nicosia, in the Turkish-occupied terrirory. The impact started a fire and was heard for miles around.

There were no casualties. But it caused widespread concern on both sides of the ethnically-split island and brought calls for warring parties to respect their neighbours' safety.
An Israeli air strike was underway against Syria at the time. Syrian state media said the Syrian air defences had fired in response.
"It is understood that a missile fired from Syria fell here by accident, as a result of being fired in an...

Biden and the Greek-American community