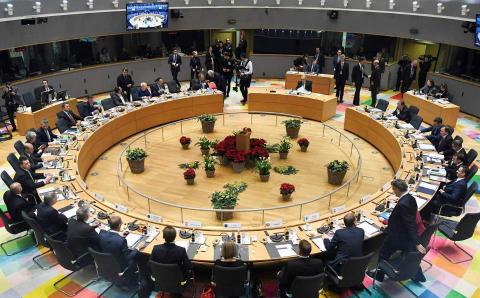 A high-level EU official says that the possible appointment of World Bank official Kristalina Georgieva is part of the problem why the EU summit has been suspended for a day since it was unclear she would get sufficient backing.

The official, who asked not to be identified because of the sensitivity of the talks, said that finding the balance to appease all the different interests was still too difficult after two summits and a grinding all-nighter among EU leaders at Brussels headquarters.

The official said that there are "so many different scenarios being discussed," this despite informal talks that had already earmarked Dutch socialist Frans Timmermans to replace European Commission President Jean-Claude Juncker and Georgieva to succeed European Council President Donald Tusk.