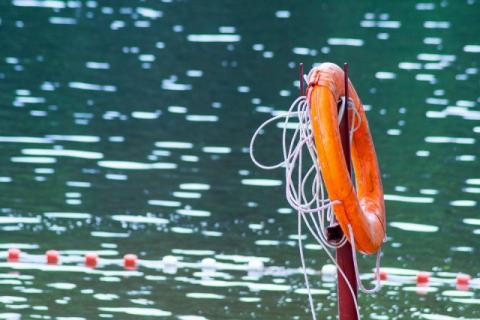 Three people drowned on Sunday in Burgas. This was announced by the regional directorate of the Ministry of Interior in Burgas, quoted by BGNES.

48-year-old woman from Burgas drowned in the Irakli area. The report of the incident was received at about 12.15 am in the District of Obzor - Nessebar municipality. The woman came to the unguarded beach with her husband, entered 30-40 meters into the sea. Despite her attempts to get out of the sea, the woman did not get out of the water. Her body was taken out by a man from Vratsa.

44-year-old man drowned on "Dolphin" beach near Ahtopol. The case was reported around 2:10 pm on Sunday at the Tsarevo Regional Government. His body was taken for an autopsy in the Department of Forensic Medicine at the Burgas Main Hospital. Employees of the Regional Administration - Tsarevo are working on the case.

Around 17.40 pm on Sunday a 64-year-old drowned man from Sofia was found at the seaside near Pomorie. His body was found on an unguarded beach in front of the "Mak" holiday complex - Gabrovo.