550 Years since the Return of Relics of St. Ivan of Rila to Rila Monastery in Bulgaria 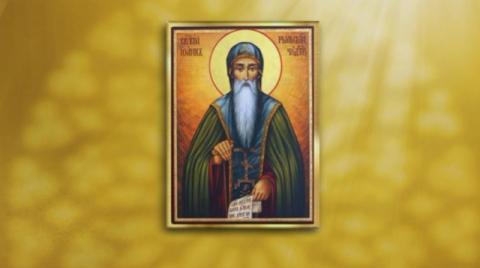 Bulgaria's Rila Monastery on July 1 marks 550 years since the return of the relics of St. Ivan of Rila from the old capital of Veliko Turnovo to the Holy Monastery. The commemorative event took place in 1469. A lot of believers and pilgrims arrive from the country and abroad, some of whom came to the monastery days ago, writes BNT.

On October 19, 1238 the relics of Saint John of Rila were solemnly transferred to the then capital of Bulgaria, Veliko Turnovo, and put in a church dedicated to the saint. Then on July 1, 1469 the holy relics of Saint John were returned to the Rila monastery, where they rest to the present day, granting grace-filled help to all the believers.

Saint John of Rila is honoured as the patron saint of the Bulgarians and as one of the most important saints in the Bulgarian Orthodox Church. The name of the saint is related to a number of miracles. He was born in 876 and lived during the time of Bulgarian rulers Knyaz Boris I, Tsar Simeon the Great and Tsar Peter.

He is patron saint of numerous temples and monasteries in Bulgaria, among which he founded the Rila Monastery.

It is assumed that the saint was born around 876 in the village Skrino near today's town of Dupnitsa. As a youth he was a shepherd. He entered the monastery "St. Demetrius" in Vlahina, where he received training and took the monastic vows.

His goal was to dedicate his life to serving God

He was devoted to living in complete solitude, prayer, fasting and privation. He toured a lot of places around the Bulgarian territories, while settled in the Rila Mountains, where he remained until the end of his life and founded the eponymous monastery.

Science Alert: Which are the Atypical COVID-19 Symptoms?