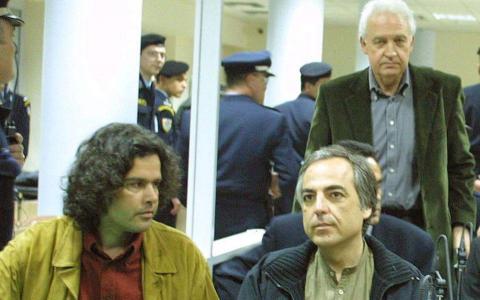 Four jailed members of the now-defunct Greek terrorist group November 17, including leader Alexandros Giotopoulos, will be able to apply as of Tuesday for conditional release on the basis of a new penal code that came into effect Monday, and the group's hitman Dimitris Koufodinas will be able to do the same in September.
According to the provisions of law 110A, the right to early release under specific conditions has been extended to lifers irrespective of their crime and the number of life sentences they have been handed, provided they have served 17 years in prison.

If the convicted terrorists lodge applications for early release and see them approved, they would be obliged to remain under house arrest and wear an electronic monitoring bracelet.

Under the previous penal code, those convicted of terrorism did not have the right to early release under any...

The parrot is dead