Sergei Stanishev Withdrew his Candidacy for President of the EP 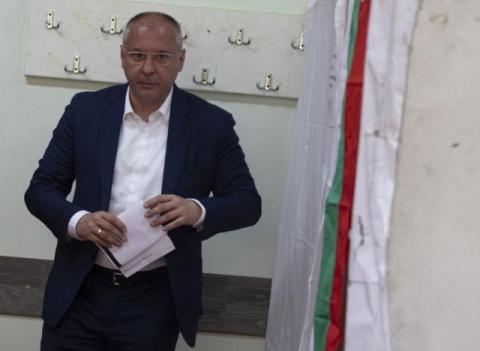 The European Parliament is in the process of electing its President. For the position, the European Council the name of PES leader Sergey Stanishev was also considered. Late last night, however, his group raised the candidacy of the Italian David-Maria Sassoli. Today, through an official message sent to the media, the European Socialist's Leader, it is clear that Stanishev has asked for his nomination not to be considered by the Progressive Alliance of Socialists and Democrats.

The nominees for which MEPs vote are four.

The plenary session in Strasbourg began shortly after 10 pm Bulgarian time, with a hearing of the nominees who have the right to a five minute brief statement. The Italian David-Maria Sasolli, the Progressive Alliance of Socialists and Democrats, German Green Party Ska Keller, Spanish Sira Rego of the European United Left, and Czech Jan Sarhard of the Group of European Conservatives and Reformists. These are the four official candidatures for which MEPs vote in the first round.

After European leaders reached a difficult deal on top positions in the Union, PES leader Sergei Stanishev and leading European People's Party candidate Manfred Weber chose PES group as its candidate for today's vote, David-Maria Sasol, as the presidents of the European Parliament.

The position of President of the EP is one of the five key for the EU, Stanishev said in his statement. "It would be an honor for me and a high prestige for my country. But my candidacy as President of the PES is binding on the political family and the parliamentary group on the package. My participation in the competition would serve as a seal of decision. That is why, yesterday, I turned to the Socialist Group chairman Irace Garcia not to consider my nomination for...