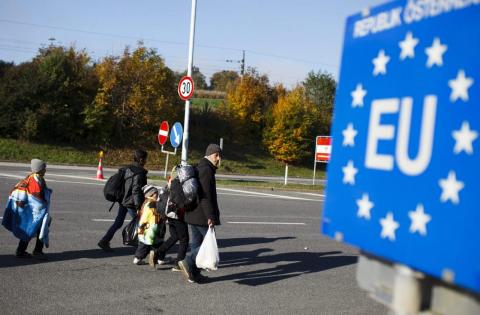 The opposition conservative New Slovenia party, NSi, on Thursday, demanded a session of the foreign policy and interior policy committees in parliament to discuss the new joint Italian-Slovenian border patrols on the borders of the two countries.

While Italian and Slovenian police on Monday started joint patrols within 10 km of their borders to stem the flow of migrants, the NSi has urged the Slovenian government to also "take all necessary measures for the effective protection of the southern border with the Republic of Croatia, so that there are no illegal border crossings".

The director of Slovenian police, Marian Stubljar, said on Monday that since the start of the year, police patrolling the border with Croatia had registered 5,306 illegal crossings, compared to 3,612 in 2018.

In the meantime, thousands more migrants are waiting along the so-called Balkan route, mostly in Bosnia and Herzegovina, to reach Western Europe via Croatia as well as Slovenia.

Opposition lawmakers have criticized the decision to create joint border patrols with Italy, saying they will mainly serve the interests of Italy. Slovenian Foreign Minister Miro Cerar has defended the decision, however, calling it "the right measure at the right time".

The joint patrols will operate until the end of September or longer. But the opposition is afraid that Italy may act on threats to erect a border barrier in north-eastern Italy if the joint patrols do not stop the flow of migrants.

On June 28, the populist deputy Prime Minister of Italy, Matteo Salvini said he was considering erecting a barrier along the border with Slovenia to stop migrants from reaching Italy.

"The Balkan route has reopened… If the migrant flow does not stop, we don't rule out physical...