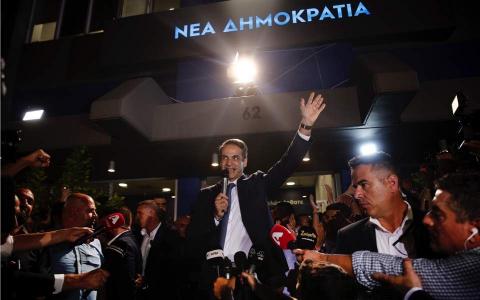 Greece's opposition conservatives returned to power with a landslide victory in snap elections on Sunday, and Prime Minister elect Kyriakos Mitsotakis said he had a clear mandate for change, pledging more investments and fewer taxes.

The win appeared driven by fatigue with years of European Union-enforced belt-tightening, combined with high unemployment, after the country almost crashed out of the eurozone at the height of its financial travails in 2015.

Exit polls showed New Democracy winning between 155 and 167 seats in the 300 member parliament, taking advantage of an electoral system which gives bonus seats to the...