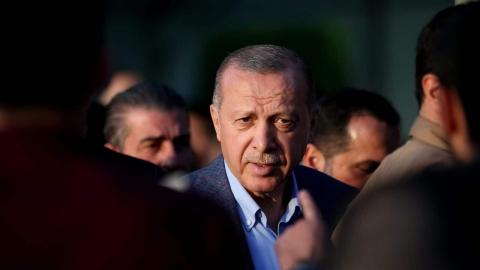 Turkish President Recep Tayyip Erdogan is visiting the Bosnian capital of Sarajevo on July Tuesday and Wednesday to attend the regional Summit of the South-East European Co-operation Process, SEECP.

However, according to agreed protocols, he will also use this visit to meet Bosnian and regional leaders.

Erdogan's visit may also influence the elections for the leadership of the main Bosniak party in Bosnia, which is close to Turkey, the Party of Democratic Action, SDA. These take place in September.

The President would try to use his popularity and influence among Bosniaks to shape the outcome of the internal SDA vote, experts said.

On Monday, Erdogan will meet members of Bosnia's tripartite state presidency and the current leader of the SDA, Bakir Izetbegovic, who has close ties to the Turkish leader.

Later, on Monday, he will attend the official dinner at the Bosnian Presidency organised for the heads of states attending the summit, whose guests include the Presidents of Albania, Montenegro and North Macedonia.

The Turkish President will spend his second day in the nearby mountain resort of Jahorina, attending a regional forum for cooperation between the member states in SEECP.

Following the custom of his previous visits to Sarajevo, Erdogan is expected to visit the grave and memorial centre of Bosnia's late President, Alija Izetbegovic, Bakir Izetbegovic's father.

One of Bakir Izetbegovic's potentially strongest opponents in the upcoming party elections may be Denis Zvizdic, the chairman of the outgoing state government, called the Council of Ministers. Over the last couple of years, he has also got close to Erdogan.

Despite his links to the SDA, Erdogan has been disappointed by his failure to get Bosnia's...