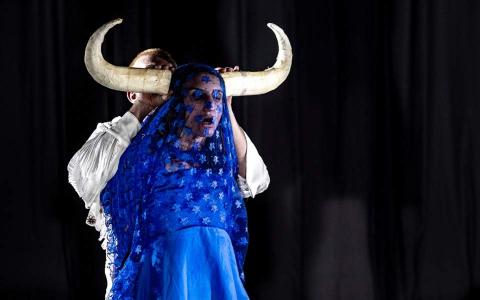 "Kaos," an experimental new piece by Ioanna Portolou's Griffon Dance Company, will be staged for two nights at the Little Theater of Epidaurus as part of the Greek Festival. The brainchild of the acclaimed choreographer, "Kaos" derives from the company's 2018 workshop on "Chaos & Order," which attempts to describe how systems and structures are seemingly created out of disarray. The choreographic journey draws on Biblical texts and recreates religious scenes on stage. Since its inception in 2000, the Griffon Dance Company has attracted a following around the world, including fans in the UK, Germany, Serbia, Egypt and North Macedonia. The performance will begin at 9:30 p.m. For information about tickets and on how to get to the theater, visit www.greekfestival.gr.
Little Theater of Ancient Epidaurus, Palaia Epidavros, Argolida