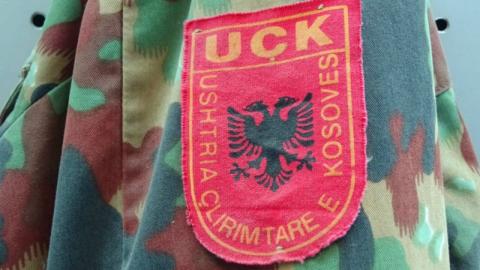 Former KLA commander Naim Maloku said on Wednesday that he has been asked to give an interview to the Kosovo Specialist Prosecutor's Office, which is investigating crimes committed during and just after the Kosovo war, from 1998 to 2000.

Maloku, who now advises Prime Minister Ramush Haradinaj, another former KLA officer, wrote on Facebook that he had been "contacted by the Hague Court with an invitation to go to the court in the coming days as a witness".

However, he added: "I informed the court that because of my health issues I cannot travel there."

Maloku also said he feels proud of his role in the KLA and for bringing freedom to the people of Kosovo.

On Tuesday, the Specialist Prosecution interviewed Ramiz Qeriqi, another former KLA commander, as a suspect.

Qeriqi said before speaking to the Hague prosecutors that he intended to dispel accusations that the KLA's military campaign during the 1998-99 conflict with Serbian forces was illegitimate.

"For the KLA it is good, because we will go there and clarify some issues about the fact that they suspect the KLA was involved in an unjust war. I am especially honoured that I am going to testify today about the war because by telling the truth we will protect the KLA's war," Qeriqi said, RTK reported on Tuesday.

Qeriqi also said that because he does not have a passport, the interview was going to be conducted in Pristina, RTK also reported.

The Hague-based Kosovo Specialist Chambers are expected to try former KLA fighters indicted by the Specialist Prosecutor's Office for crimes including killings, abductions, illegal detentions and sexual violence. No indictments have been made public yet, however.