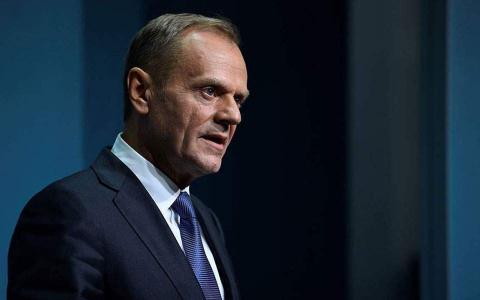 European Council President Donald Tusk on Wednesday threatened Turkey with sanctions if it does not stop its drilling activities in Cyprus' exclusive economic zone (EEZ).
"Despite our best intentions to keep good neighbourly relations with Turkey, its continued escalation and challenge to the sovereignty of our member-state Cyprus will inevitably lead the EU to respond in full solidarity as agreed by EUCO," he said in a tweet.
Turkey's foreign ministry said earlier on Wednesday it rejected statements by Greek and European Union officials that Turkish drilling for gas and oil off Cyprus was illegitimate and said the EU could not be an impartial mediator on the Cyprus problem.
it also said that Turkey's Fatih ship had started drilling activities to the west of the Mediterranean island at the start of May and its Yavuz ship had recently arrived to the east of Cyprus...