Man arrested for five arsons in the Peloponnese 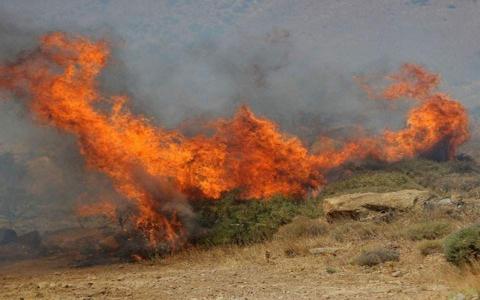 A 41-year-old man was arrested by investigating officers of the Kalamata fire service on Wednesday in connection with five blazes which broke out in forests and farmland over the past five years in the Peloponnese.

Officers believe the suspect is responsible for a wildfire in the area of Agios Efthimios on August 3, 2014 in Messinia, a blaze at the area of Pidima also in Messinia on September 8, 2018, and three more fires which all started on July 10 this year in Rahes, and two rural areas of Megalopolis in Arcadia.

The suspect will appear before a prosecutor in Kalamata later in the day.