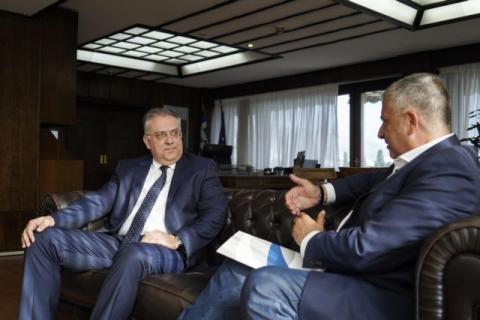 Interior Minister Takis Theodorikakos has said that within three days the government will table a measure abolishing proportional representation in local government, which was instituted by SYRIZA and has prevented those elected on the winning ticket in prefectural and city council elections from forming a majority.

Theodorikakos announced the move at a meeting with regional prefects today.

According to the local government issues website aftodioikisi.gr, Theodorikakos said that, "bolstering the majorities of local prefects in exxecutive committees" is the focus of the planned changes.

In the second phase, a new local government code will streamlinethe existing legal framework, as until now there have already been 300 legislative interventions regarding the two overarching local government laws, "Kallikratis" and "Cleisthenes".

The new code will be designed to remedy problematic provisions, reverse dysfunctions, and distinctly clarify the competencies of the state and of local governments.