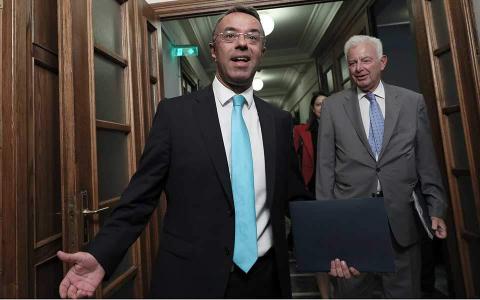 Greece's first post-election bond issue fetched 2.5 billion euros on Tuesday, securing a yield of 1.9 percent and a strong interest by long-term investors, according to the Greek national news agency AMNA.

The seven-year bond that Greece's Public Debt Management Agency (PDMA) issued with a guidance rate of 2.1 percent faced such a high demand by investors that the yield eventually dropped below two percent in this third market foray for Greece this year. It was more than five times oversubscribed. This new note has a maturity date of July 23, 2026.

"I would like to congratulate the Public Debt Management Agency and the Ministry of Finance on the issuance of a seven-year bond at a record low yield of 1.9 percent," wrote Prime Minister Kyriakos Mitsotakis on Twitter. "This is a vote of confidence in Greece's growth prospects," he added.

"A basic condition for the...

Greece’s highway code to be toughened up