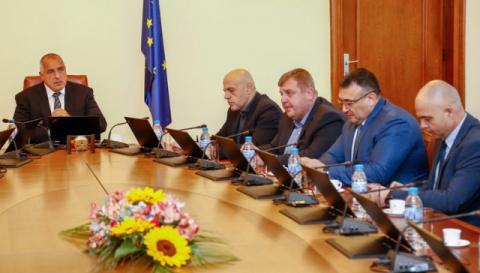 The penetration in the NRA system, which shared personal data for millions of citizens and businesses, was probably done through the "tax" service and, in addition to registration of the hacker's email, there is no other evidence of a "Russian connection". This was understood by the statements of the Minister of Finance Vladislav Goranov and the Interior Minister Mladen Marinov after the meeting of the Council of Ministers of the Council of Ministers, which was convened by Prime Minister Boyko Borisov. Goranov specified that this e-service is used to refund value added tax (VAT) to companies trading abroad.

Three percent of the NRA's total database is affected by the hacker attack, Goranov said. According to him, this information does not constitute classified data, as "it was created by the persons themselves in the form of declarations". Experts say that fragments of the huge database the NRA has been working on and which is constantly creating have been downloaded. "In this sense, it can not be considered that on the basis of this fragmented information a comprehensive analysis can be made," Goranov said. According to him, the financial security, measured through the fiscal and the revenues, is also not jeopardized.

Asked whether there would be penalties and resignations at the NRA, the minister said that good IT specialists in the public sector are very difficult to find at the established levels of pay. "IT specialists in the private sector are receiving more than the employees in the public administration, a big problem, we need to build additional capacity and put additional resources," the Finance Minister said.

Goranov noted that the entire database of the NRA "is consistent and this will not prevent it from carrying out its...