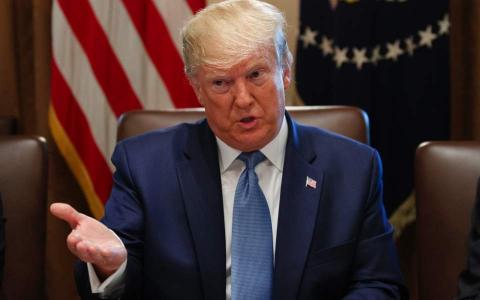 US President Donald Trump on Tuesday said the situation with Turkey is very complex and tough, and that he is talking to officials in Ankara.
Trump's comments to reporters, made at a Cabinet meeting at the White House, follow Turkey's purchase of the Russian S-400 missile defence system, which has raised tensions with the United States and other NATO allies. [Reuters]