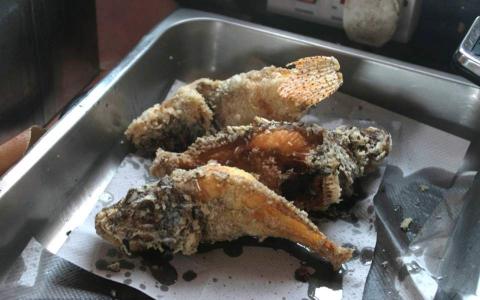 "Wanted", says the poster of a lionfish on the quay side in Larnaca marina. Dead, or fried.

Or even grilled, filleted or in a risotto. An EU-funded project has placed Cyprus on the frontline to deal with an invasion of marauding lionfish which have munched their way through the eastern Mediterranean in the past five years.
So if you can't beat it, eat it, is the aim.
The lionfish's brightly colored stripes and flowing pectoral fins may look beautiful but its dorsal fins pack a venomous punch, its sting is toxic, it spawns up to 30,000 eggs every four days and feasts on other fish and crustaceans. And it has no known predators. At least, not yet.
The EU-sponsored project aims to promote lionfish as a food, among other ways to control its rapidly expanding population, which is affecting other countries in the region as well, such as Lebanon.
"We hope that...

Cyprus FA suspends all matches after ref walkout over attack

Turkish activities in Libya a source of concern for region, says foreign minister