Hepatitis A Boom near Burgas 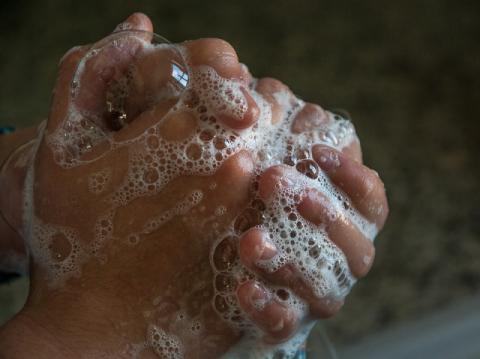 Hepatitis boom near the sea. Dozens of people are registered in the Kableshkovo quarter of Burgas, Nova TV reported. According to local residents, the problem is in the old sewerage, but according to the health authorities the infection started from the local community centre.

22 are the registered cases of virus hepatitis, type A in the region of Kableshkovo. At the moment, there are 4 children from the town who contracted the Infectious Disease. Soon they will be discharged. "I'm in panic at the moment and not only I but my whole family," said Nezabravka Kutzarova, a resident of Kableshkovo.

According to the people living in Kableshkovo, the cases of Hepatitis patients started in the spring. The people explain that they have written complaints to all the institutions, with the demand for replacement of the outdated sewerage, but in Pomorie municipality they have received a response from the ViK  Bourgas that a complete renovation is not included in the investment intentions of the company.

There has been a boom in the spring. "Since the beginning of March we have recorded 22 cases so far. We have found that the route of transmission is not water-based, it is not connected to the water, it is not related to the consumption of contaminated water, and as I said it is a contact-way ", Commented Dr. Velichka Grigorova from RZI-Bourgas.

The Regional Health Inspectorate (RZI) has disinfected the community centre and the kindergarten, which are visited by children. "I do not think it is enough," said Vasilka Yaneva, a resident of Kableshkovo.

The Regional Health Inspectorate has taken samples for water analysis from public fountains, which until the early afternoon on Wednesday had inscriptions "the water is not fit for drinking"....

Over 150 Arrested in London Amid Anti-Lockdown Protests