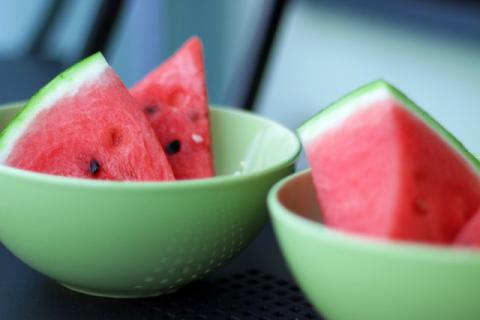 With about 2 million hectares of watermelons and annual production worth more than 2 trillion yuan (about $ 290.8 million), China ranks first in the world in the production and consumption of this juicy fruit.

According to the UN Food and Agriculture Organization, the country raised over 79 million tonnes of water in 2018, while imports and exports were respectively 234 724 and 30 968 tonnes.

Last year, China consumed 70 million tons of juice, with per capita more than 50 kilograms, according to the organization's data, and projected to reach 81.8 million tonnes by 2020.

Since the watermelons are cheap, delicious and refreshing, in the hot months they are among the most popular fruits in the country.

The statistics of the China Wholesale Trade Association show that among the top 10 best-selling fruits in the country are watermelons, apples, grapes, oranges, bananas, kiwi, pears, pineapple and mango.