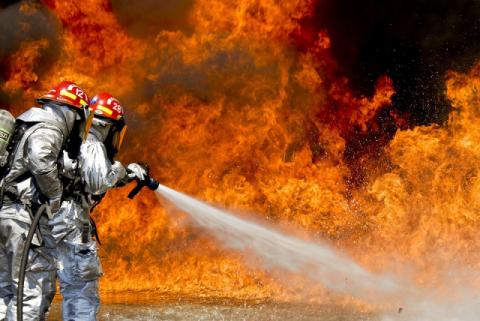 10 cars burned completely in a paint shop at a big auto service in Varna. Several nearby buildings also burnt down. There are no injured people, "24 hours" reported.

The police explained that it is still unclear whether this is a deliberate arson or accidental incident with huge consequences. According to initial information there is no evidence of a crime, but it can not be said yet, close to the investigation reported. The signal of the fire was filed on Friday evening, shortly before midnight. Several teams of firemen were immediately sent to the site.

Several of the cars exploded from the raging fire. A number of alerts have been received on 112. Fire has been extinguished very hard because of the presence of many flammable liquids in the workshop.