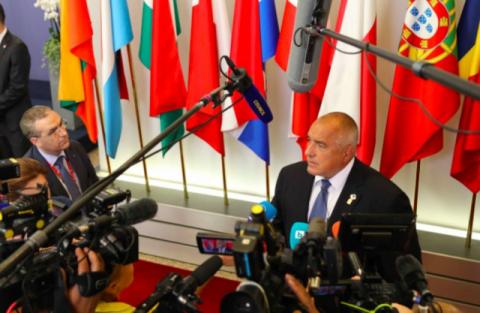 The share of Bulgarians who believe that the government will finish its full mandate is increasing. This shows the results of a Trend research study ordered by "24 hours". According to the data, the most approved party leader in Bulgaria remains the Prime Minister and Chairman of GERB Boyko Borissov.

Only for a month, the number of people who are convinced that the government will finish its full mandate has increased with 4%.

57% of Bulgarians believe that Boyko Borissov's cabinet will not leave early. On the contrary, 23% of those surveyed are on the opposite side.

According to analysts, the main reason for this, is GERB's victory at the European elections. Boyko Borissov continues to be the most approved party leader with 36% support.

GERB's initiative to reduce the state subsidy for parties and coalitions from BGN 11 to BGN 1  for a vote, meets the approval of 69% of all Bulgarian citizens. Against are 14% of the respondents.

In spite of the impressive majority, which supports the reduction of party money, 47% of the respondents are on the opinion that with this decision, the political subjects will become more dependent on the business.

Poll: Six in 10 back gov’t response to Turkey crisis

Masks in the classroom