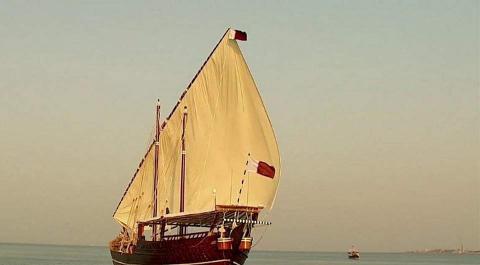 A 40-meter traditional wooden ship from the Gulf state of Qatar is expected to dock at the the northern port city of Thessaloniki on Wednesday.

The Al Mubaraki is a sail-powered boat built in the traditional manner and manned by a crew of 16.

Its journey includes stops at various ports in the region - the Aegean island resort of Mykonos, Piraeus port and Corfu in Greece, as well as Istanbul and Canakkale in Turkey - before its sails up the Adriatic Sea.

The tour is part of the promotion campaign for the FIFA 2022 World Cup that will take place in Qatar. The boat will remain in Thessaloniki until Friday.