PM in Mati to commemorate victims of 2018 wildfires 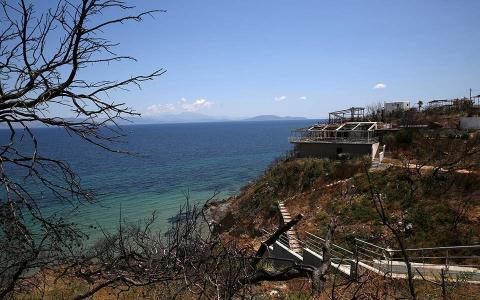 Prime Minister Kyriakos Mitsotakis was in the seaside town of Mati on Tuesday for a commemoration of last summer's deadly eastern Attica wildfires, which claimed 102 lives and caused widespread destruction.

Mitsotakis and other officials will also attend a religious service that will be held at 9.30 a.m. at the Church of the Dormition of the Virgin (Koimisis tis Theotokou).

On Monday, the prime minister announced a series of measures to help the area, including unlocking 31 million euros is special aid for burn victims and other casualties that has been trapped by red tape in the state's Special Assistance Account.

He also ordered that individuals who suffered serious burns be granted free medical attention and access to treatment products, following reports that burn victims were not getting the materials they needed from the country's main healthcare provider...