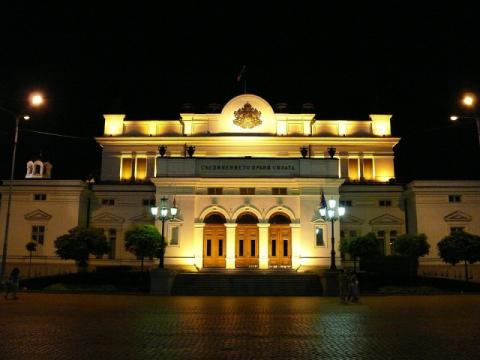 With 129 votes in favor, 84 against and 1 abstained, the parliament readopted the Law on the State Budget and overcame the presidential veto over the possibility of open-ended funding for political parties, FOCUS News Agency reported.

During the debates, the Left announced that it supports the President's veto against the financing of business parties. BSP parliamentary secretary Philip Popov announced that with open party funding, corruption is legitimized in practice. In his words, the state subsidy represents about 80% of the party's revenues, and it is not possible to get them out of the state treasury and to demand independent politics and sovereignty.

"Political parties will be dependent and will serve corporate business interests, interests of foreign countries, foreign services," he said, quoted by FOCUS.

Popov emphasised that the proposal is for the MRF, but the government will be responsible for the consequences.

He said GERB would be generously funded by the business because the business is state-dependent, and the state administration was captured by GERB, adding that "it is a severe blow to pluralism, democracy and free and independent business in Bulgaria. anywhere in Europe and there are reasons to do so. "

His colleague Anton Kutev pointed out that when you make the political system dependent on the business, it determines which party will be poorer and richer, whether a party will exist or not. The MP also asked who would protect the poor in Bulgaria when corporations and businesses pay to the parties.

GERB MP Toma Bikov said that the president's thesis that the party subsidy should be BGN 1, but the ban on donation by legal entities is hypocritical. "The president says that BGN 1 is an absolute subsidy...