France Will Build a Weapon to "Blind" Enemy Satellites 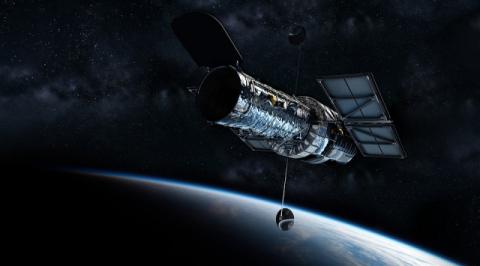 France plans to develop antisatellite laser weapons, but will only use it for self-defense, the defense minister said, outlining the country's new military space strategy.

Emmanuel Macron is expected to unveil a "space high command" in Toulouse with the air force taking responsibility for orbital defence and tackling threats from powers such as China, Russia and India. The French President outlined his plan at the Bastille Day celebrations earlier this month when he vowed to "better protect our satellites.", Express UK reported.

The major military forces around the world are investing in new space technologies, which are seen as a new military frontier, capable of destroying or damaging satellites.

"If our satellites are threatened, we intend to blind those of our adversaries," Florence Parly said. "We reserve the right and the means to be able to respond: that could imply the use of powerful lasers deployed from our satellites or from patrolling nano-satellites."

Around 2,000 active satellites are currently estimated to be orbiting the Earth, mostly to relay commercial communications, but also to track the weather and for spying.

An official from the NATO military alliance told AFP last month that there was no known deployment of space-based weapons in orbit, but concerns were growing about "more aggressive behaviour" from China and Russia, France 24 reported.

"We will develop powerful lasers," Parly said during a speech in the city of Lyon. "It's an area in which France has fallen behind. But we will catch up."