US president reportedly reluctant to go ahead with Turkey sanctions 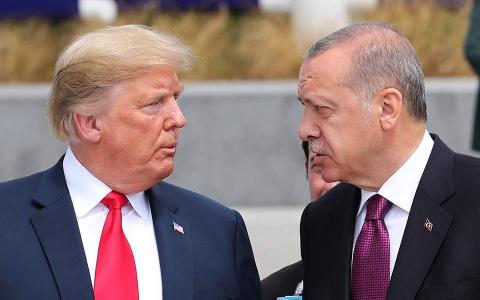 US President Donald Trump has reportedly asked Republican senators to take a softer approach to Turkey over its decision to purchase the Russian S-400 missile defense system, saying that he would like time to talk Turkish President Recep Tayyip Erdogan out of the deal, NBC News reported on Wednesday night.

Citing sources who attended a meeting at the White House on Tuesday between Trump and 46 Republican lawmakers, NBC said the US president "tried to convince the GOP senators to give him space to cut a deal with Erdogan instead of adopting sanctions."

"I think he would like more flexibility," Senator John Cornyn was quoted as saying.

Trump reportedly told the lawmakers that he wants to try "use his relationship with Erdogan" to bring the Turkish leader around to American concerns that the installation of a Russian system is incompatible with Turkey's NATO...