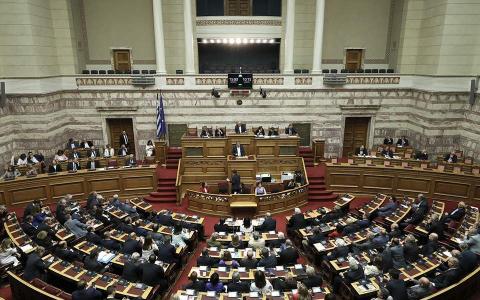 The first bill submitted to Parliament by Greece's newly elected center-right government seeks to streamline the administration, ensure cooperation and coordination between ministries, and restore public trust in state institutions.

According to a press release from Prime Minister Kyriakos Mitsotakis' office at the Maximos Mansion, the bill sets out to bring together and reorganize disparate provisions concerning the operation of the government and the state.

Under the new legislation that has been put to lawmakers, cabinet will meet on a regular basis to coordinate and facilitate implementation of initiatives that will be designed according to a central government plan, while working committees will be set up to prepare items for the discussion agenda.

The government will also be establishing a new National Transparency Authority that will act as an umbrella...