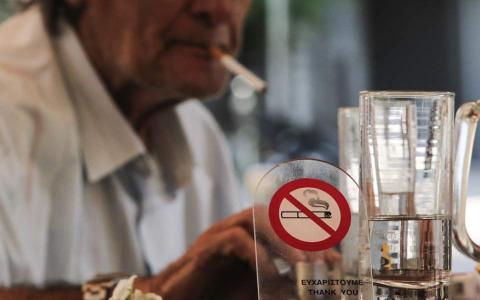 Taking the first step in its bid to finally enforce a ban on smoking in public places that was introduced a decade ago, the Health Ministry on Monday sent a circular to regional and inspection authorities, instructing them to intensify checks.

Apart from regional authorities, the circular was sent to the municipal police, the coast guard and the country's health and labor inspectorates.

It asks them to boost their inspections, focusing on public buildings including Parliament, ministries and those used by utilities such as Public Power Corporation as well as all public and private health and educational services, chiefly hospitals and schools.

Inspectors have also been asked to monitor kindergartens, creches, playgrounds, gymnasiums and sports centers. Next on the list are office blocks, restaurants, bars, clubs, airports and public transport services....

Migration ministry halts expropriations for a week after backlash

Talks on confidence-building measures start in Athens on Monday