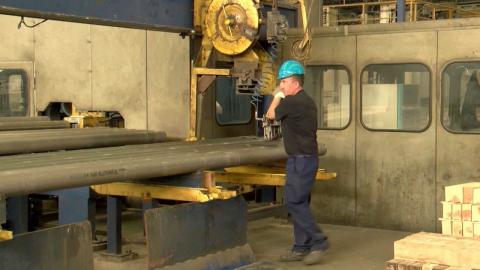 This situation is even more remarkable given even a cursory glance at global aluminum prices. While aluminum prices have not fully recovered from their peak just before the 2008 financial crisis, they have returned to their price point in the early 2000s - which is higher than what the metal was trading for during most of the 1980s and 1990s. In short, it is a fluid market but not a volatile one, and on the back of it companies like Rio Tinto, Alcoa, and RUSAL have become some of the largest corporations in the world.

The problem is not, then, that aluminum is not a profitable commodity. The problem is not merely managerial incompetence, either. The structural cause of Aluminij's collapse is political patrimonialism.

Those responsible for the company's demise are the leaders of the Croatian Democratic Union, HDZ BiH, Bosnia's main ethnic Croat political party. It is they who have (in)formally controlled Aluminij since the early 1990s, during which time they ethnically cleansed the company's workforce and replaced its management with incompetent political stooges.

In fact, as early as the late 1990s, international auditors observed the company was a den of political and financial criminality, with the then British ambassador noting that Aluminij's "[mono-ethnic] ownership structure was illegal and the company scandalously managed".  There is no confusion about any of this among Aluminij's beleaguered workforce. When Dragan Covic, the long-time HDZ BiH leader and two-time state presidency member, arrived in Mostar for emergency talks on the company's imminent collapse, he was met by an angry mob, several hundred strong. If their chants of "Dragane, lopove!" ("Dragan, thief!") did not make their views sufficiently clear, their repeated...