Hungary’s Orban Tries to Give ‘Illiberalism’ a Makeover 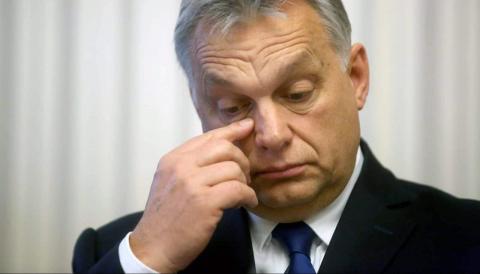 But since Orban's ruling Fidesz party returned to power in 2010, it has become the must-attend event for right-wing Hungarian intelligentsia loyal to Fidesz.

It was a speech in 2014 that made the biggest waves internationally as Orban set out a vision for an "illiberal state" that became a template for nationalist-populists everywhere.

Five years later, echoes of that speech still haunt him as he struggles to reconcile the philosophical monster he created with the fragmented politics of today's European Union.

While this year's speech, on July 27, contained familiar tropes such as the perils of immigration, much of it came across as a cautious attempt to reframe and detoxify the word "illiberalism" — to resell it as a system compatible with European values.

In a tricky balancing act, Orban tried to explain that "illiberal" does not have the negative meaning that many wags ascribe it. All he really means is democracy based on the nation state, or better, on Christian values, he said.

He evoked French statesman Robert Schuman, British wartime leader Winston Churchill and even the Atlantic Charter, a statement of US and British goals following World War II. All three, he said, were embodiments of illiberalism, yet nobody hated them for that.

"For example, if you read the Atlantic Charter, which Roosevelt and Churchill jointly created and which laid the foundations for the future of Europe, I can say that it's a truly illiberal document," Orban said.

A statue of former British Prime Minister and World War...