Ivan Geshev Remains the Only Nomination for Chief Prosecutor 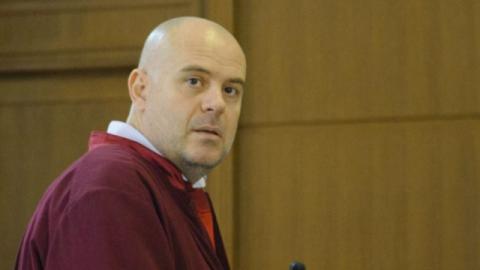 Deputy Prosecutor-General Ivan Geshev remains the only Supreme Judicial Council (SJC) nomination for Prosecutor General, BGNES reported. According to Justice Minister Danail Kirilov, only one nomination is a historic event.

"Because of the proposal of the Prosecutorial Board, which nominated Geshev, it is a manifestation of the principle of magistrate self-government and is regarded as a professional proposal. This is in line with the amendments to the Judiciary Act adopted in 2016, "Kirilov said, adding that if he did nominate someone, the support would be within 14 votes.

"This means that the decision may be avoided creating a precondition for opposing colleagues, which should not be allowed," he stressed.

Geshev was nominated by 11 prosecutors, and in order to be elected he needs to be supported by 6 more judges. The election will take place on October 24.

Danail Kirilov has asked the SJC Plenum to also conduct an external audit of the case allocation system. His proposal for a court staff is yet to be voted on.

Geshev previously commented on the nomination:

"I recall that when 17 people nominated another Prosecutor General, he was the only candidate and the country wasn't seething with unrest. And he has a very successful term. It's about Boris Velchev. "

"Right now, I have work to do and I don't have time to deal with these things," Geshev added. "I was supported by the professional community - this is evident, not so much by the prosecuting panel, but clearly supported by the entire professional community. This is a huge trust that I have to justify. I do not run from fighting or expressing my personal opinion. It is important to tell the truth, you have to do what you need to do and whatever you want to do, ...