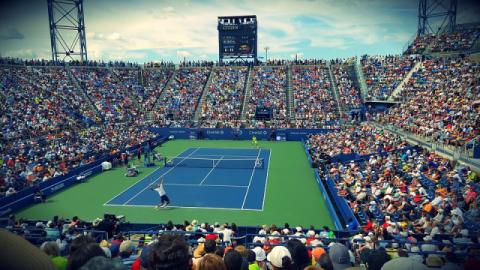 Grigor Dimitrov achieved his first victory since Roland-Garros, after dramatically overtaking Steve Johnson in the first round of the ATP 250 Hard-court Tournament in Los Cabos, Mexico.

In the second round the former No. 3 in the world will face Guido Pella.

Grigor showed some fluctuations from the opening stroke, making 12 double errors against with just 3, though he also scored 2 aces more- 6 against 4. However, Dimitrov scored more than his first services - 60% against 54% for the American. Dimitrov earned 75% of points on first serve and 57% on second (68% and 62% for Johnson).

Dimitrov broke in the sixth game of the third set with a forehand winner up the line, but saw a match point come and go at 5-3, 40/30 before being broken while trying to serve out the match. The 2017 Nitto ATP Finals champion, however, recovered in the tie-break, nailing a diving volley winner to bring up his second match point, ATP Tour reported.

"I knew I had to be ready for everything. It was a pretty good first set from me. Then in the second, I had my chances. He started serving better. It was just harder to return well, and then again in the third, he played a good game to break me when I was serving [for the match]. The tie-break was super tight," Dimitrov said.

Shocking Data on the Missing Persons in Mexico

Seven Arrested after a Massacre in Mexico

Tourists Died in a Minibus Crash in Mexico