Half of Greeks unable to take a week’s vacation 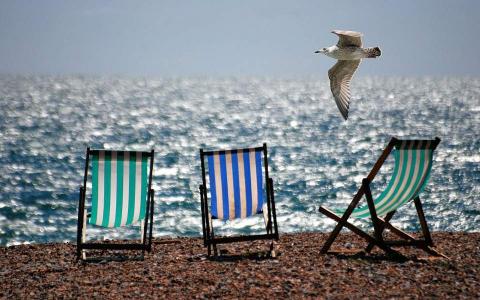 Half of all Greeks did not have the financial means to take even a one-week vacation last year, compared to an average rate of 28.3 percent in the 28-member European Union, according to a survey by the bloc's statistical service Eurostat.

Greeks are not the only Europeans facing such constraints.

According to Eurostat's survey, 58.9 percent of Romanians were also unable to take a week's holiday in 2018, as were 51.3 percent of respondents polled in Croatia. The rate for both Greeks and Cypriots was 51 percent.

In contrast, the EU member-states with the lowest percentage of people unable to afford a one-week annual holiday were Luxembourg, with a rate of 10.9 percent, and Sweden, where only 9.7 percent faced those constraints.

Other southern European countries were significantly above the bloc's average, with a rate of 41.3 percent in Portugal and 43.7...