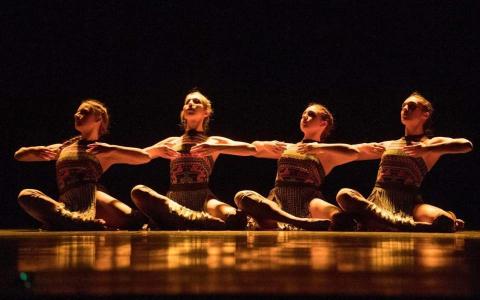 Specializing in folk, ballet and contemporary dance, 18 dancers will be performing "The Thread," a production directed and choreographed by Russell Maliphant, at the 4th century BC Ancient Theater of Epidaurus on August 24. The inventive show fuses contemporary and traditional styles and is set to music by the world-renowned Greek composer Vangelis, who received an Academy Award for Best Original Music Score in 1982 for the music of "Chariots of Fire." The costumes for the show are by London-based Greek fashion designer Mary Katrantzou. This performance is just one stop of the troupe's European tour. "The Thread" will return to Greece again in November, when it is set to be staged at the Athens Concert Hall. For information about "The Thread," visit thethread.eu. Tickets can be purchased for 15 euros at www.viva.gr.