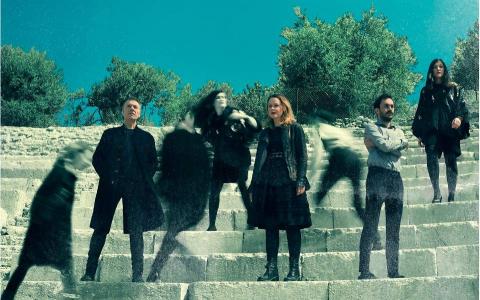 Director Natasha Triantafylli presents "Le Danaidi," a 17th-century tragedy by Andreas Kalvos, at the Ancient Theater of Epidaurus on August 2 and 3. Based on the myth of the Danaids, "Le Danaidi" tells the story of Danaus, King of Libya, who marries off his 50 daughters to the 50 sons of the king of Egypt. After learning from an oracle that one of his sons-in-law may overthrow him, Danaus orders his daughters to kill their husbands on the day of their weddings. One daughter, who is in love with her husband, refuses. "Le Danaidi" is considered one of Kalvos' most important works. The show, a part of the Athens & Epidaurus Festival, features Greek and English surtitles and will begin at 9.30 p.m. For more details, visit greekfestival.gr. Tickets can be purchased at www.ticketmaster.gr.
Little Theater of Ancient Epidaurus, Palaia Epidavros, Argolida